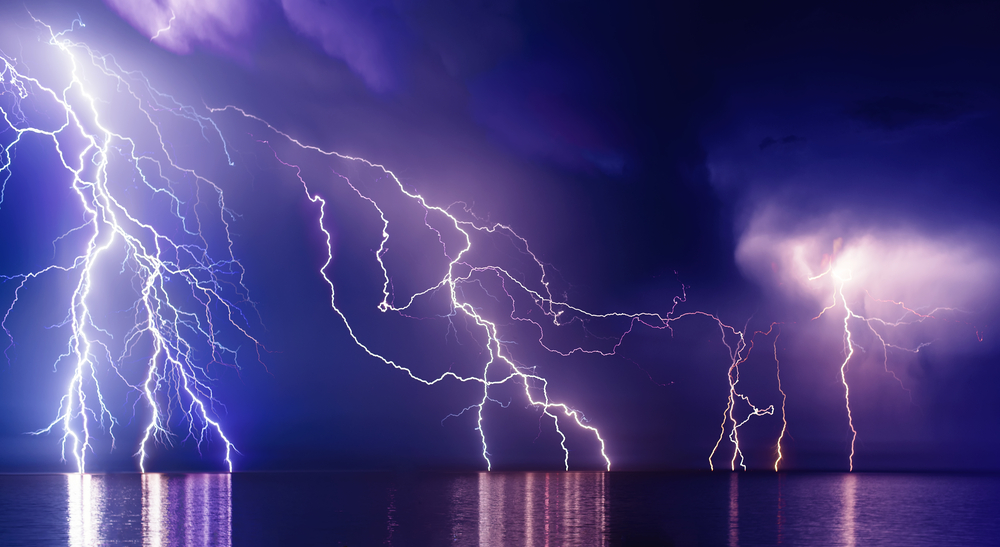 Bitcoin has shown to be a robust, trusted method for transferring money. It's trustless, decentralized and secure. The major gripes amongst those by the wayside or businesses not yet ready to start transacting in Bitcoin has been the volatility of the price, and the often expensive transaction fees involved for sending smaller, coffee-sized transactions.

The dilemma is when the mempool becomes full, competition becomes higher for top-priority for transactions, and this can cause fees to spike immensely in a very short period of time. The result is that you may have to pay a huge fee (over 100 sat/b), or that the fee used before the spike will cause your transaction to become lower priority, and thusly taking longer to confirm.

The Lightning Network seeks to solve this problem by creating payment channels. These channels allow payments between mutually established parties which transaction off-chain, meaning no need to pay on-chain transaction fees, until the channel is to be closed. For instance, if Chipotle decided to start accepting Bitcoin via the Lightning Network, and you know you're a regular customer, it would be in your best interest to set up a channel with them. This would allow you to pay for your food, instantly, and pay little to zero fee for the transaction. When you decide that you just can't do another day of Chipotle, you could close your channel with them, and then all of the transactions between you and Chipotle would be broadcast to the Bitcoin blockchain as 1 single transaction, therefore incurring only 1 transaction fee.

The infrastructure involved in allowing Lightning Network payments between parties is very complicated, and the key to making a new system successful is to make it user-friendly to the public. Research and development has been underway for years now, and there are finally some great options available to make the Lightning Network a feasible and simple option for Bitcoiners. Let's take a quick look at some of the new options currently out on the market.

Breez is new to the scene and also available on iOS (via TestFlight invite) and Android in the PlayStore. Breez acts as a Network client and routing node, which connects you to people, merchants and exchanges for instant transactions. They are non-custodial (meaning they do not hold the keys to the funds in your Lightning Wallet) and are powered by Neutrino, which was recently acquired by Coinbase.

Blue Wallet is arguably the most well-known lightning wallet out there, but it’s important to know that it is a custodial wallet, meaning the private keys are held by Blue Wallet. It's available for both iOS and Android and is open-sourced. Blue Wallet has some other interesting features including use of a special password which will access a dummy wallet, in case of forced disclosure. They also offer watch-only wallets, full encryption, SegWit support and BIP23 HD wallets. Their Lightning wallet is powered by LNDhub, which allows you to run your own Lightning node.

Muun is also a non-custodial Lightning wallet available for Android and soon for iOS. They use a 2 of 2 multi-signature protection system; your key is stored on your device, and they have the co-signing key. Funds added to your wallet balance are unfreezable, despite the multi-sig protection. Your device also stores a copy of the co-signing key, so you can sweep out your funds by yourself at any time. Similar to the innovation of our own DropBit wallet, Muun allows you to send peer-to-peer payments by way of phone numbers and contacts already on your device, which makes usability more familiar to those new to Bitcoin and the Lightning Network.

Tippin.me is a novel browser extension which enables users to 'tip' Twitter users via the Lightning Network. While on Twitter.com, you will be able to see a Tippin.me button for any Twitter user, and from your channel's balance, you can send them Bitcoin as a tip. They even start you off with an adorable 1,000 satoshis for signing up. Now you can give more than a 'like' when you see that snarky comment that makes your day.

The important take-away here is that Bitcoin is still only 10 years old, and there were always hurdles to overcome before mainstream adoption would hold. The amount of buzz in the tech world has really inspired some great teams, who have been hard at work to vanquish the barriers to entry, and implement the Lightning Network, which will make using Bitcoin far superior to any other payment method. We at CoinNinja and DropBit are thrilled to be part of this growing space, and are also hard at work to implement support for bech32 and the Lightning Network. We will have updates on that situation in the not-so-distant future, which is a bright one for all of us in this space.

These apps are offering the ability to use the growing Lightning Network right now, and you should get familiar. ...