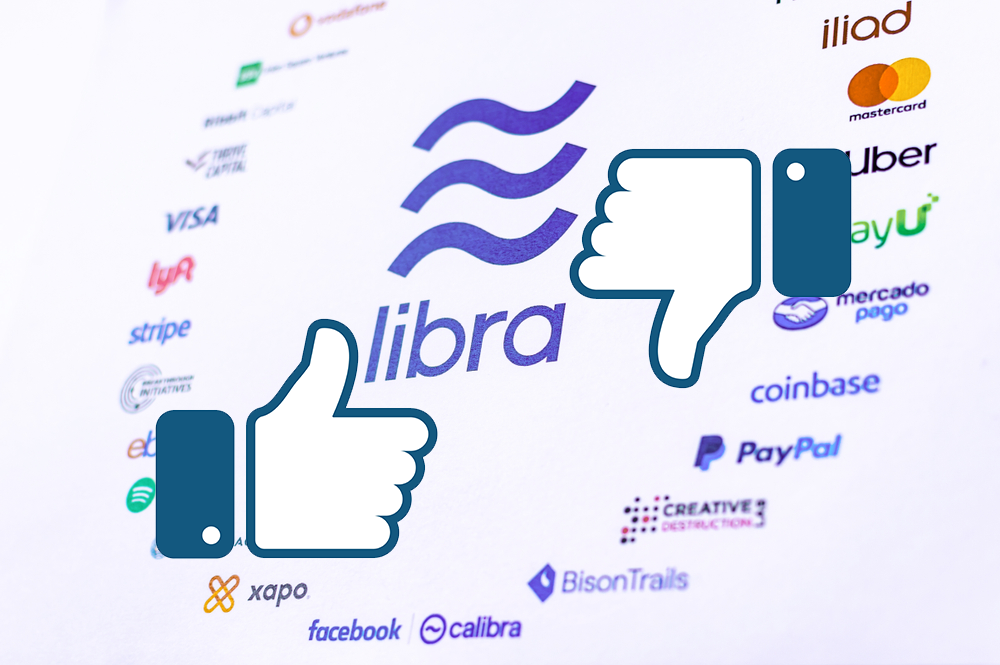 Facebook broke the big news weeks ago, the upcoming launch of their Libra cryptocurrency. As outlined in their whitepaper, this digital (and what they're calling "global") currency will exist on it's own blockchain, have low-volatility and use a smart contract system for transacting. The foremost goal of Facebook's new cryptocurrency is to provide viable financial services to the reported 1.7 billion people around the world existing outside of the current financial system, and without access to traditional banking services (the unbanked). It is pointed out that about 1 billion of the 1.7 billion mentioned above have access to a mobile phone, and over half of those people having mobile access to the internet.

Sticking to the "internet-of-money" principal, Facebook believes that moving money on a global scale should be as cheap and simple as sending a text, or sharing media. Libra will operate on its own blockchain, be backed by a reserve of assets, and be centrally governed by the Libra Association (which goes against the typically "decentralized" tenets of Bitcoin and some other cryptocurrencies.) The asset reserve will be comprised of "basket of bank deposits and short-term government securities", and with the goal of preserving value over time.

Facebook will be the leadership arm for Libra, and the blockchain on which it operates, will (at least to start), a "permissioned blockchain", which means that not just anyone can be a validating node, they must be granted permission from centrally-regulating body (Facebook). That being said, the Libra blockchain seeks to become permissionless, and open to anyone, as well as allow products to be build on top of it. These are the 3 basic requirements on which the Libra blockchain will be built:

Another interesting feature is that the Libra blockchain will be based on the new programming language, Move. Not Facebook's first foray into writing programming language (React Native), Move is designed for "implementing transaction logic and smart contracts" on Libra's blockchain. More specifically, the Move language is designed to prevent the cloning of assets, can only be spent once, and restricts the creation of new resources.

While designed to be a more 'stable' cryptocurrency, Libra will not be pegged to the value of another established currency. Facebook says that the reserve assets chosen to back the Libra currency will help to minimize volatility. Libra's underlying assets will be held in a geographically distributed network; one can presume Xapo Holdings Limited is handling this task.

The Libra Association is the governing body based in Geneva, Switzerland and will control Libra Blockchain and Libra Reserve. The not-for-profit association consists of 1 representative per (permissioned) validator node, which itself is made up of the founding members of the Libra Association:

The role of this associated group is to use a 2/3 majority policy determining technical decisions as well as the how the Libra Reserve is managed, in addition to when Libra coins are minted or destroyed. Another claimed objective of the association is to increase decentralization over time, ensuring low barriers to entry for using the network and garnering resilience of the network on a long-term scale. The Libra Association proposes to move in the direction of permissionless governance and consensus of the Libra Network within the next 5 years, reducing the reliance on the founding members and the association itself, as administrator of the Libra Reserve.

Now let's take a look at some opinions from the crypto, political and economics communities regarding Facebook's upcoming centralized cryptocurrency:

Nic Carter, Castle Island Ventures: “If Facebook can pull off this ambitious scheme, it accelerates the inevitable collapse of the long tail of sovereign currencies.”

Andrew Yang, 2020 U.S. Democrat POTUS candidate: “The new Facebook-backed cryptocurrency Libra could be a big step for the hundreds of millions of unbanked around the world. Its use of the blockchain makes a lot of sense.”

Jim Cramer, CNBC: The disenfranchised will hail Zuckerberg 'as a savior'.

Maxine Waters, chair of House Financial Services Committee: “Given the company’s troubled past, I am requesting that Facebook agree to a moratorium on any movement forward on developing a cryptocurrency until Congress and regulators have the opportunity to examine these issues and take action.”

Sarah Jamie Lewis, Open Privacy: “Can’t wait for a cryptocurrency with the ethics of Uber, the censorship resistance of PayPal, and the centralization of Visa, all tied together under the proven privacy of Facebook.”

Andreas Antonopoulos: "Bitcoin Jesus" and educator: “Is Facebook’s Libra a real blockchain? No. Will it compete against Bitcoin and truly open, public blockchains? Never.”

Elizabeth Warren, U.S. Senator and 2020 POTUS candidate: “Facebook has too much power and a terrible track record when it comes to protecting our private information. We need to hold them accountable—not give them the chance to access even more user data.”

Facebook is introducing not only a new cryptocurrency, but also a new blockchain...so what is it all about? ...