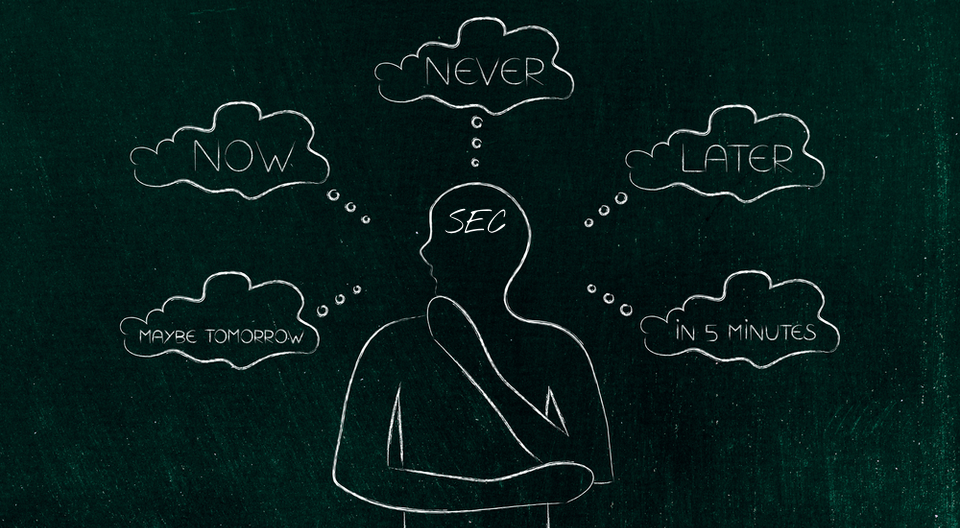 Yesterday, the SEC has come to a decision to not make a decision regarding the Chicago Board Options Exchange (CBOE)'s request to list a Bitcoin ETF (exchange traded fund). The request was filed on June 20, 2018, and sought to list and trade SolidX Bitcoin Shares as an ETF. These shares would be issued by the VanEck/SolidX Bitcoin trust, and fall under BZX rule as Commodity-Based Trust Shares. The SEC requested comments on the about the proposed rule change, allowing Bitcoin trusts to become an ETF. As of Aug. 6, over 1,300 comments had been submitted, with an overwhelming majority positive about the approval. Nevertheless, the SEC is exercising their right to extend the decision for 45 days, citing the need for more time to consider the rule change. This comes just a couple of weeks after the SEC rejected ETF approval for Winklevoss Bitcoin Trust. This rejection from the four-member committee was met with a public statement of dissension from the SEC Commissioner, Hester Peirce, stating:

"...The Commission’s action today deprives investors of this choice. I reject the role of gatekeeper of innovation—a role very different from (and, indeed, inconsistent with) our mission of protecting investors, fostering capital formation, and facilitating fair, orderly, and efficient markets. Accordingly, I dissent.”

She believed that the SEC rejecting such a proposal "sends a strong signal that innovation is unwelcome in our markets." Many experts were confident that the VanEck/SolidX ETF would be met with an approval by August 10, especially after Commissioner Peirce's dissent and the outpouring of supportive comments, yet this was not the case. Furthermore, the SEC may fully extend reaching a decision up to 240 days from the date of filing; this would mean a decision may not be reached until Monday, February 16, 2019. For now, those hopeful for such important regulatory approval will have to grin and bear it, and continue to express support in any way possible.
Share on: