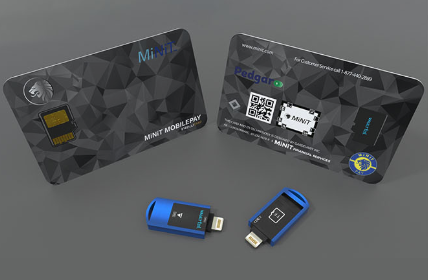 New solutions for how to store our private keys keep coming out of the the woodwork. As is typical with new tech, those improvements are often seen in micronizing the technology. VaultTel has just released a new product, using the tiny IntelliChip, which is a cold-storage wallet for your crypto holdings. This new wallet is tiny, about the size of a SIM card, which shrinks away from the USB connection used by popular cold-storage wallets, Ledger and Trezor.

The VaultTel wallet features the chip, which can be directly inserted in to devices (typically Android) with an extra SIM card slot. For iOS users, there's an included dongle used to house the chip, which can then be plugged into the Lightning port on the device. Though this device is tiny, it offers an impressive suite of features.

At this point the company is taking pre-orders for either the Android or iOS version of the device. While it's not what we consider to be low-priced at $100 USD for Android, and $130 USD for iOS (£75 for Android and £100 for iOS), it's still a very competitive price. No we aren't being paid to talk about this product, but we do like to give light to those in the space making strides and improvements to the crypto landscape. We'll look forward to actually being able to test this out, but with something so small, and simple, we think it's a great way to discreetly and securely store your valuable private keys.

Cboe withdraws its application for a Bitcoin ETF ahead of a long-awaited SEC decision...