This is really meant to be just a brief PSA. We want to remind everyone how serious the issue of wildfires burning up large swaths of the Amazon's rainforest really is. This is not a political issue, and it doesn't matter what your thoughts are about human involvement of the warming of our planet. Remove the aspect of human-impact from the serious issues our planet is seeing with a rising climate because its effects will cause serious issues for our generations to come, and we need fight against it. If it were an asteroid headed towards Earth, we would not argue about who caused the asteroid's collision course with Earth, we would work together to stop the impending doom, for the sake of our planet. This is how we should be thinking about catastrophic changes occuring in our environment.

Donate, and use Bitcoin to do it

The main idea here is that donations can help fight against such catastrophes, and Bitcoin is a widely accepted means to do so. You may donate to this cause directly on sites like www.rainforestfoundation.org, or you can donate Bitcoin to various charitable causes at places like BitGive, or GiveTrack. It's great to hodl your Bitcoin, but don't hesitate to use it to give to a cause you truly care about. 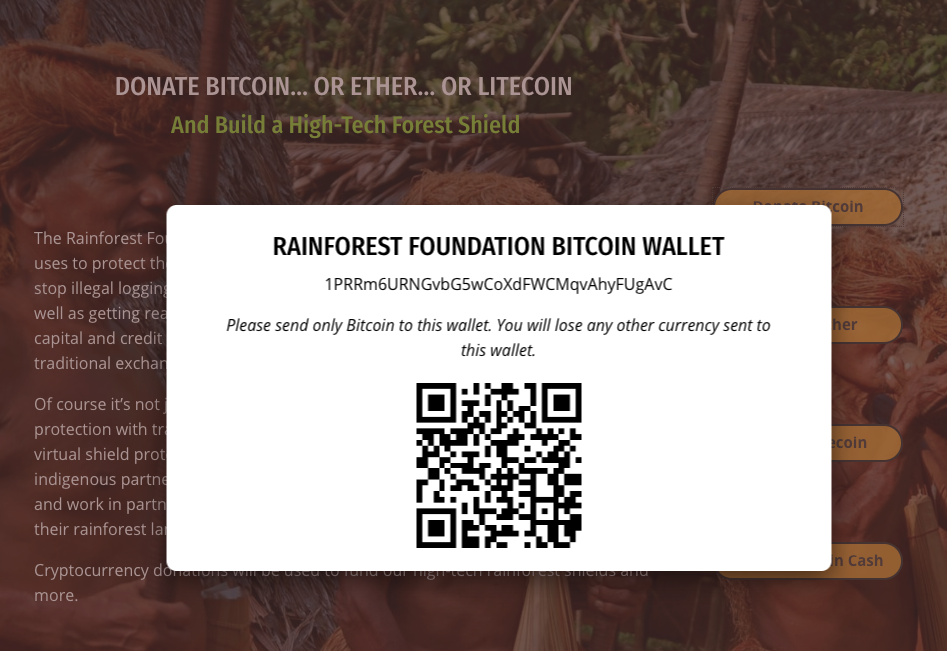 Donate to causes that are important to you, and do so with Bitcoin. ...

From new exchanges to more Bitcoin acceptance and even some iOS integration. All this, Last Week in Bitcoin...