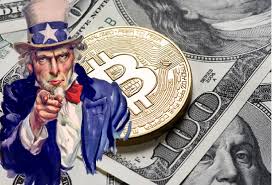 It is early in tax season, but according to a newly published report from Forbes, the answer is a resounding no. Of the estimated 7% of Americans that own Bitcoin, less than half a percent reported any crypto gains or losses yet thus far. The article goes onto state that of the 250,000 to file returns using Credit Karma, less than 100 of those filers disclosed any bitcoin holdings and only 1 person disclosed a gain or loss big enough to be deemed 'significant.' The Bitcoin community has historically taken a stance of not paying taxes, as in 2015 only 802 people paid any taxes on cryptocurrency gains at all that year.  This year appears no different.  Perhaps states like Arizona blazing a trail allowing taxes to be paid using Bitcoin can begin to shift the trend toward transparency.

#Arizona accepts tax payments in #Bitcoin in an attempt to be the center of #Blockchain and #Cryptocurrencies#FinTech #crypto #altcoins https://t.co/PtY9gxJvSV

This would likely have a positive effect for the long-term future of Bitcoin as fewer 'Crackdown' and 'Regulation' efforts will need to be enforced by national and international governments.

Refundo makes it possible to receive your income tax return in Bitcoin....