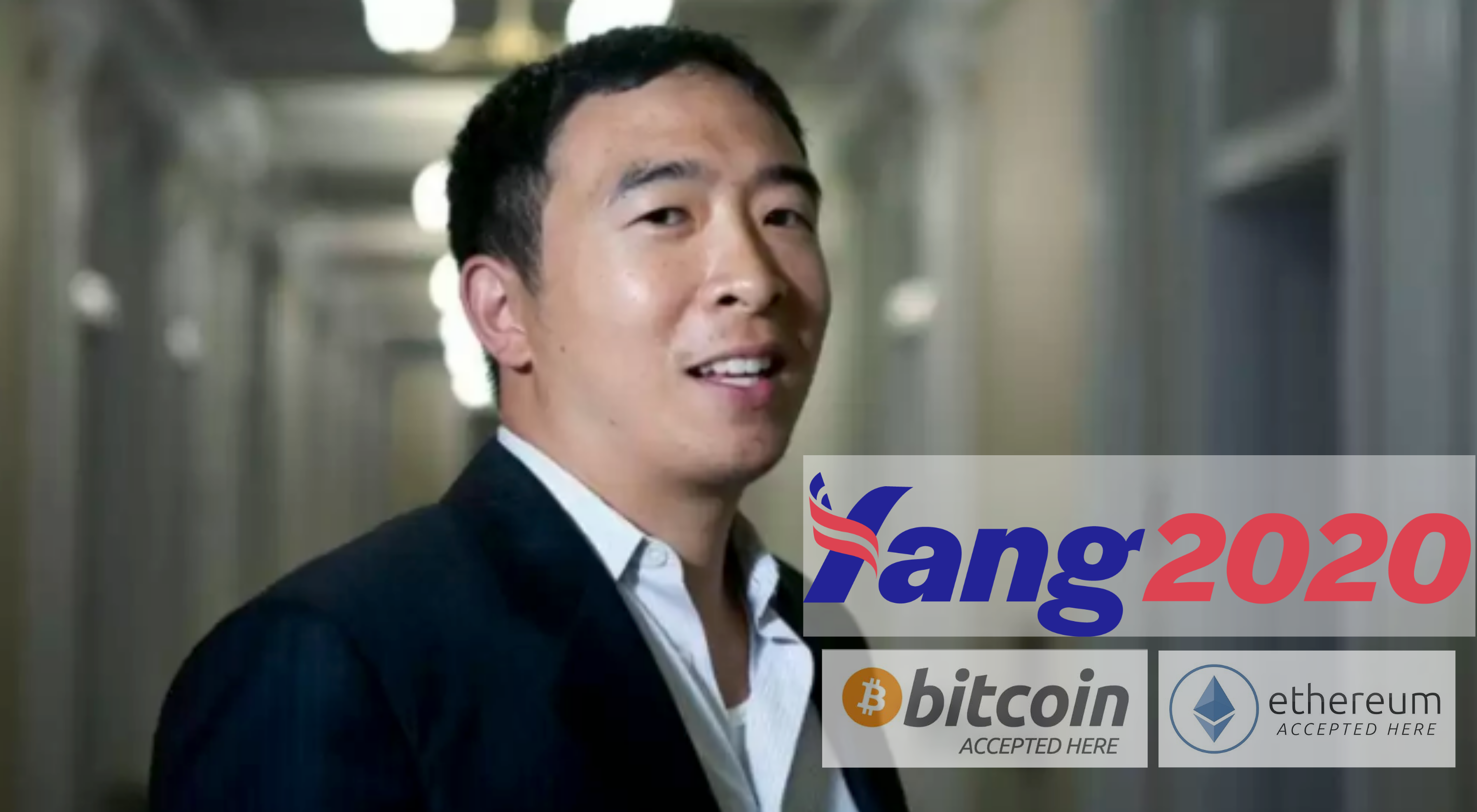 U.S. presidential hopeful, Andrew Yang, is accepting campaign donations for his intended 2020 run at becoming the 2020 democratic nominee. This is big news regarding a new use case for Bitcoin and other digital currencies, and though not the first of its kind (see Rand Paul 2016), it's the first since Bitcoin has reached its heightened status in the public eye. Yang is running on a progressive platform with a focus on providing a Universal Basic Income (UBI), in which all American citizens between the ages 18-64 would receive a "no strings attached" $1,000 income check each month. The proposed UBI is said to be paid for by new taxes placed on large companies benefiting most from the use of automation, robots and softwares to perform previously worker-occupied jobs. These autonomous replacements have eliminated millions of jobs for American workers. Regarding campaign contributions, Yang tweeted on Tuesday:

The rules for crypto-donations are as follows:

1. Agree to the contribution rules by clicking "Next" below. 2. Complete the form you are directed to. 3. After we verify the info you provide, we will send you our wallet address via email. 4. Send us your cryptocurrency donation (individual maximum for crypto is $2,500) 5. Please DO NOT SHARE OUR WALLET ADDRESS as it would make it possible for others to make untraceable donations to our campaign.

As some have suggested via Twitter, problems may arise with the sharing of wallet addresses by campaign donors; there is nothing stopping others from anonymously donating to these addresses, even if Yang's campaign truly wishes against this, and warns against the sharing of wallet addresses. For as messy as American politics gets, fraudulent or excessive donations may provide fodder for his opposition. That being said, we are thrilled by the option to donate with crypto, and if successful in his run for POTUS, this could very positively foreshadow the role Bitcoin and other digital currencies will play. There are, and will be, plenty of detractors who see this as a bad thing (again, just read the tweets), most of whom still view Bitcoin and digital currencies as a tool for buying illicit products on the darknet, or for laundering money. Glad to see that a real entrepreneur with an understanding of the capabilities of digital currencies is out there, and being labeled a dark horse in the race. If you're interested in donating to Andrew Yang's campaign using cryptocurrency (digital currency), you can donate here.
Share on: